Focal point – Jerusalem or not… 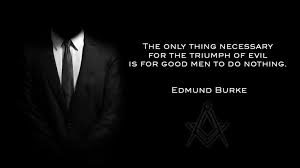 This story is the moved focal point Jörgen is talking about. When Jerusalem no longer is important to the Christians around the world the Holy City will no longer be where the three abrahamic religions meet and find balance. The focal point will be moved and as expressed before, it will probably move into Europe.

The talk about a balance in Jerusalem is for many too abstract. It is clearly hard to comprehend the consequences from ignorance.

“Violence against Christian sites is most widespread in France, where churches, schools, cemeteries and monuments are being vandalized, desecrated and burned at an average rate of three per day, according to government statistics. In Germany, attacks against Christian churches are occurring at an average rate of two per day, according to police blotters,”

Strengthening Christian communities in Jerusalem is not just helping people there. In the end, by doing so you are helping yourself. At what point do you say no? When has it gone too far? When is it too late?