Blessings from His Most Divine All Holiness, Bartholomew I 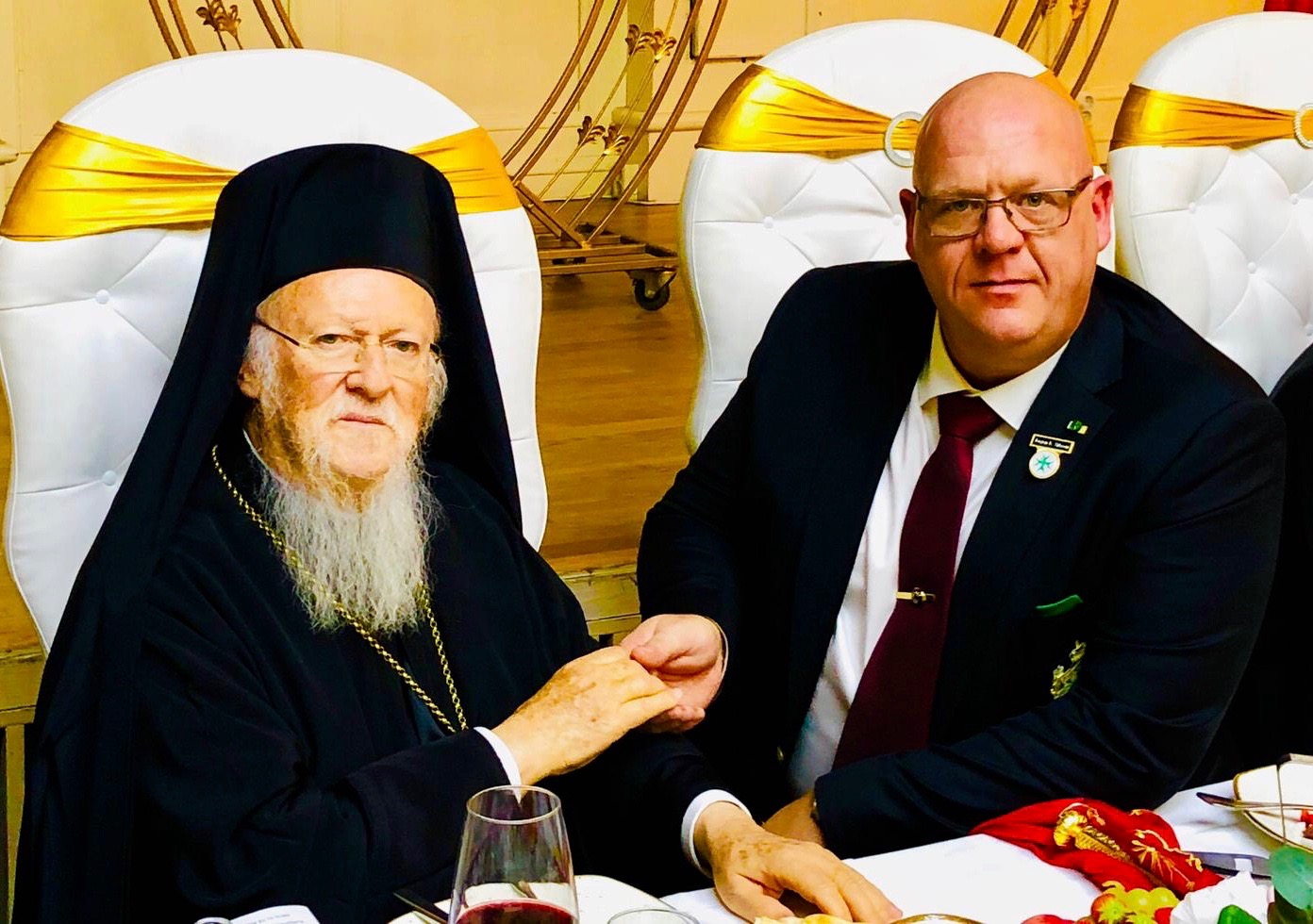 By kind invitation from His Eminence Metropolitan Cleopas, the Holy Metropolis of Sweden, Jörgen enjoyed the welcome of the warm and hospitable brothers and sisters in Christ in Stockholm 28-29 of September.

This weekend was amazing! It is hard to describe how important the outcome of these events are. With our project Steps for Christianity receiving the formal blessings from His Most Divine All Holiness, Bartholomew I, Archbishop of Constantinople, New Rome, and Ecumenical Patriarch, the project now truly is embraced by the orthodox Christian world!

Jörgen was quite humbled and taken by the meeting with His All-Holiness. The Ecumenical Patriarch is a very gentle and loving person and he was very much interested in the mission and purpose of Steps for Christianity. He gave his wholehearted support for the mission!

The weekend started with a service in St George´s Cathedral in Stockholm. This is a marvelous building, originally used by a Catholic Apostolic congregation. It is an excellent setting for the events for the weekend.

Numerous dignitaires were there to express their support, friendship and respect. The Saturday was used for the first Clergy-Laity Synaxis in the Holy Metropolitan of Sweden. One has to actually participate to fully understand the importance of this event. Christians reaching out to other Christians in search for ecumenism. To work to embrace each others as servants to brothers and sisters in Christ.

Sunday started early with the Divine Patriarchal Liturgy. This is a very long service stretching from approximately 08:30 in the morning to just after lunchtime. For those of us experiencing this for the first time it was really breathtaking! Beautiful, solemn and a memory for a lifetime.

In the evening many of us were invited to a service in the Syriac Orthodox Church, the Cathedral St Afrem in Södertälje. The bonds between the churches were expressed even more deep during this event. The Greek Orthodox delegation and the Syriac Orthodox Church embracing like brothers. It is clear to everyone who saw this, that the things in common between the churches are far more important than the differences!

In between the services over the course of the weekend there were some opportunities for both informal meetings as well as scheduled formal ones. Jörgen was given the opportunity the present the project and we are over the moon by the response given! The strong sincere support shown and the confirmation of the purpose are giving the project a firm push forward.

We must conclude this important weekend with our deepest gratitude towards His Eminence Metropolitan Cleopas of Sweden and to His Eminence Archbishop Benjamin Atas. These pioneers in taking Christianity onwards into a better future deserve all of our support and admiration. Their ambition of seeking peaceful solutions and maintaining heritage as well as reaching out in friendship is truly remarkable!

Helping, healing and caring. That are the ways to do God’s work on earth!